Funeral Services will be held on Sunday, December 17 at: 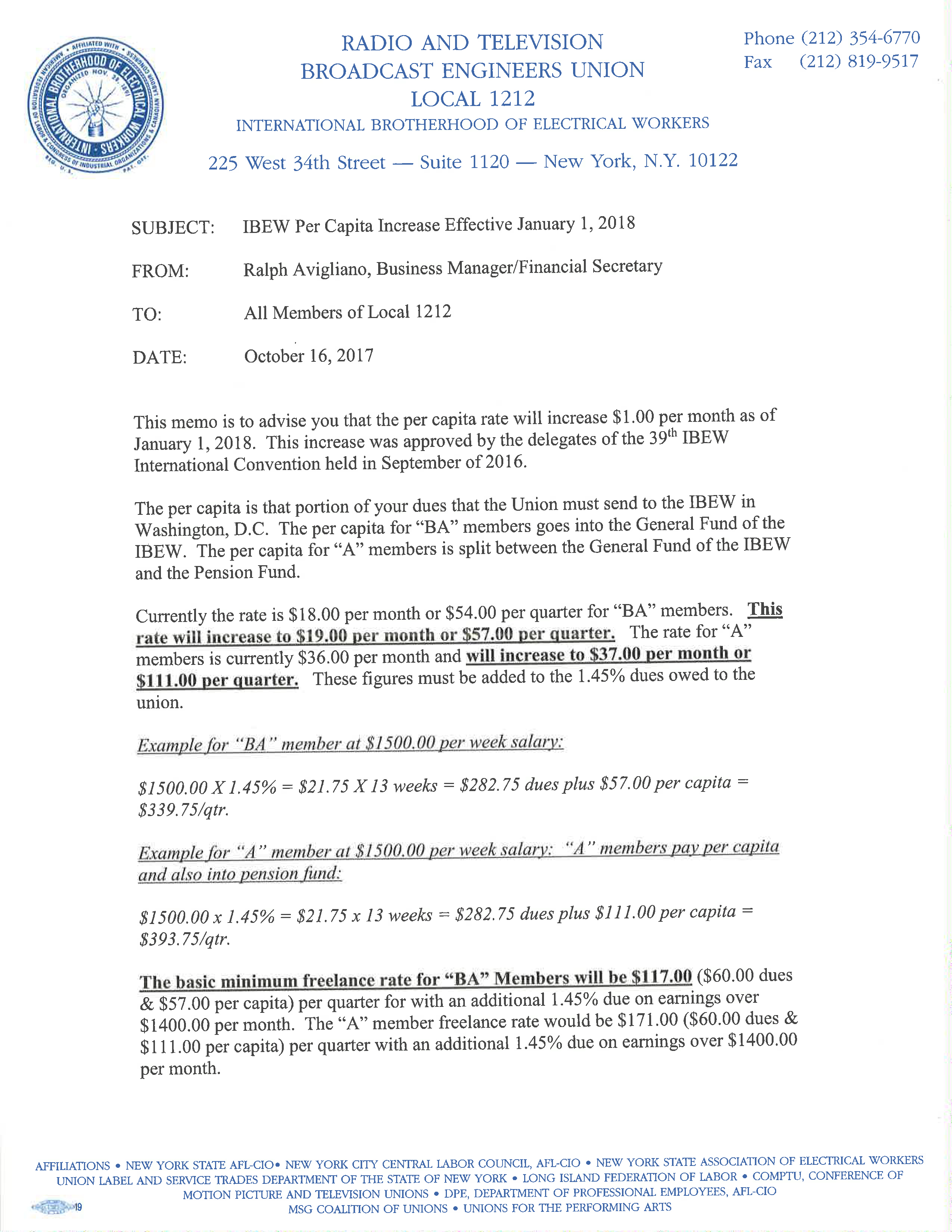 Registration and Election Information for the 2017

Registration deadline for in person-no later than Oct. 13.

Mail in-Postmarked no later then Oct. 13.

The General Election is Tuesday November 7, 2017

I am pleased to inform you the tentative agreement between the International Brotherhood of Electrical Workers and CBS Broadcasting Inc has been ratified by the membership. I would like to thank the membership for their support during the negotiation process. Further, I wish to extend my gratitude to negotiating committee members, President Michael Naeder, Vice President William Zizza, Business Representative Ryan O’Boyle, Ben Castro, Maria Dewitt, Phil Doyle, Dennis Graiani, Daniel Ham, Roger Hirsch, Timothy Long, Neil McCaffrey, Joe Palumbo, John Pumo, George Rothweiler and Rob Smolanoff for their time and continuous dedication.

A copy of the official joint press release from the IBEW and CBS Broadcasting Inc is attached. 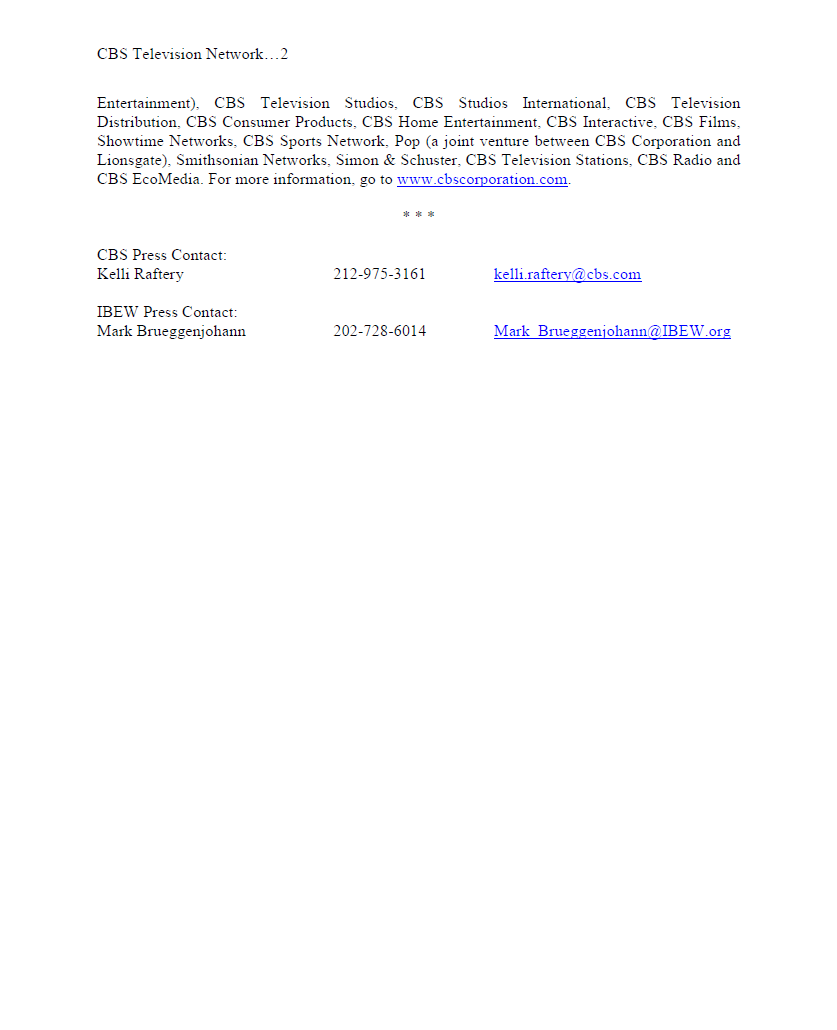 All previous Business Managers Reports have been published. We apologize for the delay, the reports are now all up to date. 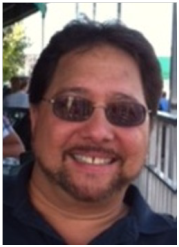 Steve is survived by his wife Lynn, two sons Kevin and Michael, his mother

Eppolito and many loving family members.

Fairview, NJ and graduated from William Paterson College with a bachelors

degree in communications. He became an EVS Operator and Tape Operator. He started

at “The View” and MLB winning Emmys at both, and also worked at Yes

Network, and has done New Years Rockin Eve for many years, along with

countless other jobs in the TV field.

Steve’s passions were golfing, and love of sports, being a diehard NY Giants

Steve made an impact on all our lives with his infectious smile, humor, and

kindness to all people he encountered in his life.

He will be greatly missed by his family and friends. A Prayer Service will be

The family will receive their friends Friday 1-8pm. In lieu of flowers

The IBEW and CBS have reached an early 39 month tentative agreement effective February 1, 2018. The current agreement does not expire until January 31, 2018. Details and more information will be made available to our members in the upcoming days.

On a side note, I wish to personally thank the LU 1212 committee for there hard work, commitment and dedication to our membership. A membership that are true professionals in this great industry of ours. 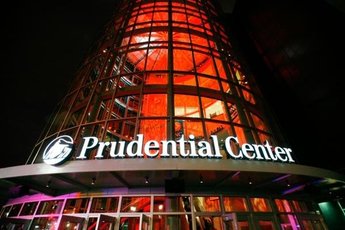 It is with great pleasure that we announce that IBEW in-house technicians employed by the Prudential Center in Newark, NJ recently exercised their rights under the National Labor Relations Act to elect to be represented by IBEW Local 1212.  We applaud the strength and solidarity of these workers who stood steadfast in their efforts to seek representation.

The Prudential Center opened its doors in 2007 and is home to Devils hockey, Seton Hall basketball, along with events that vary from Disney on Ice and college graduations to concerts and Monster Jam.

Please join us in congratulating the newest unit in our strong and committed Union. We look forward to getting to work on their first contract.

Registration and Election Information for the 2017

Registration deadline for in person-no later than Aug. 18th.

You may register on the day before the Primary at the The Town Clerk in each town.

Only Registered Democrats and Republicans

May vote in the Primary Election 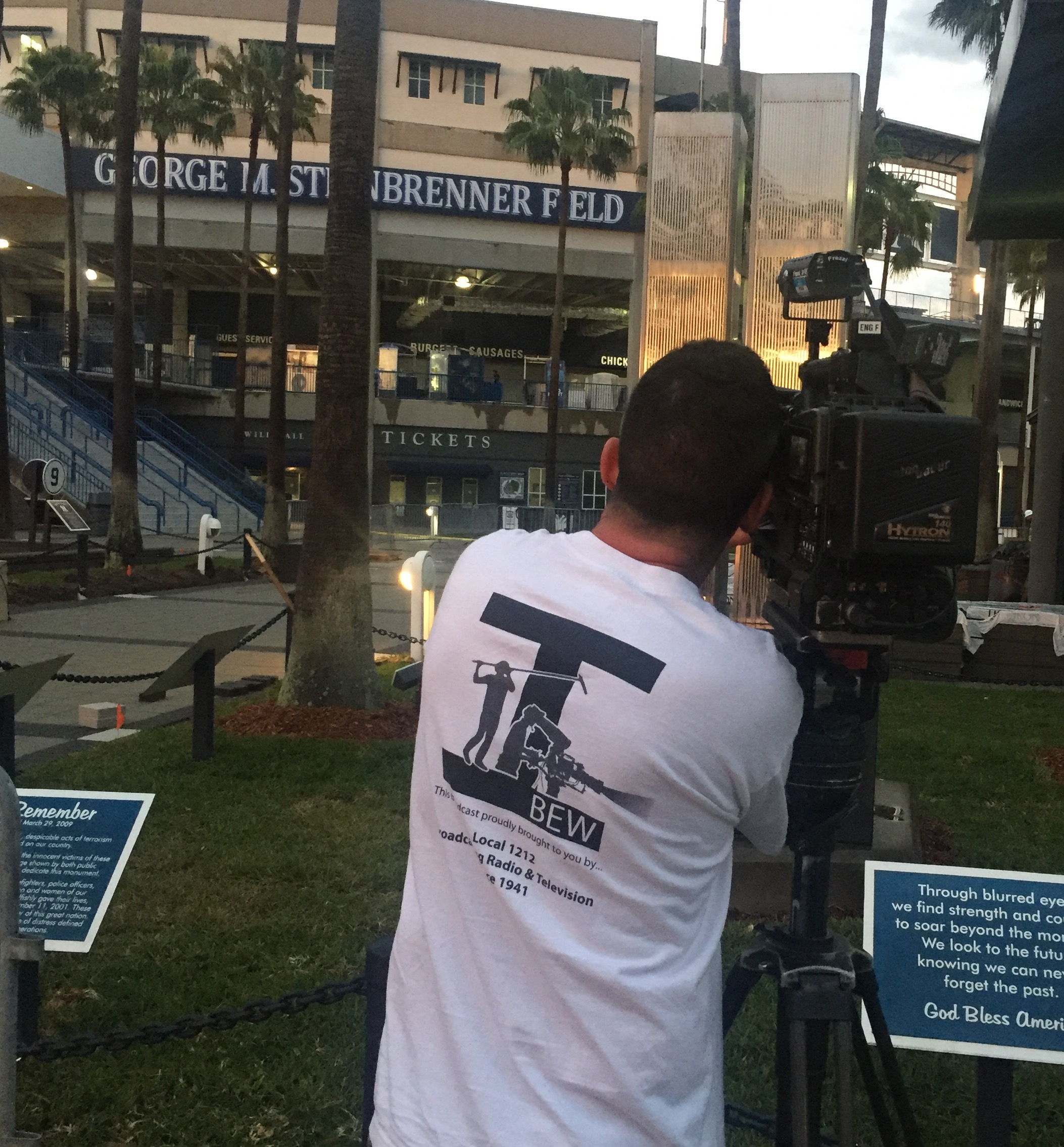 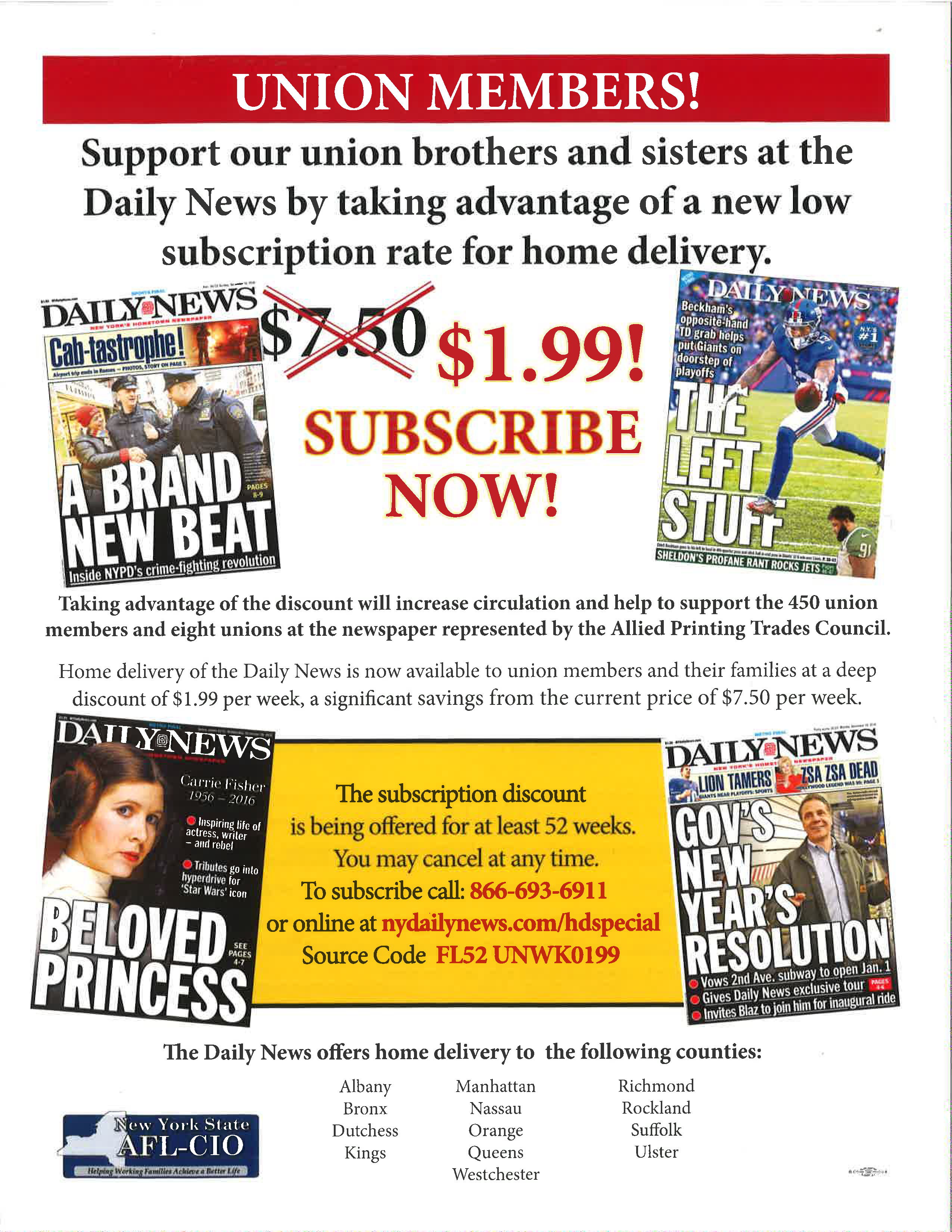 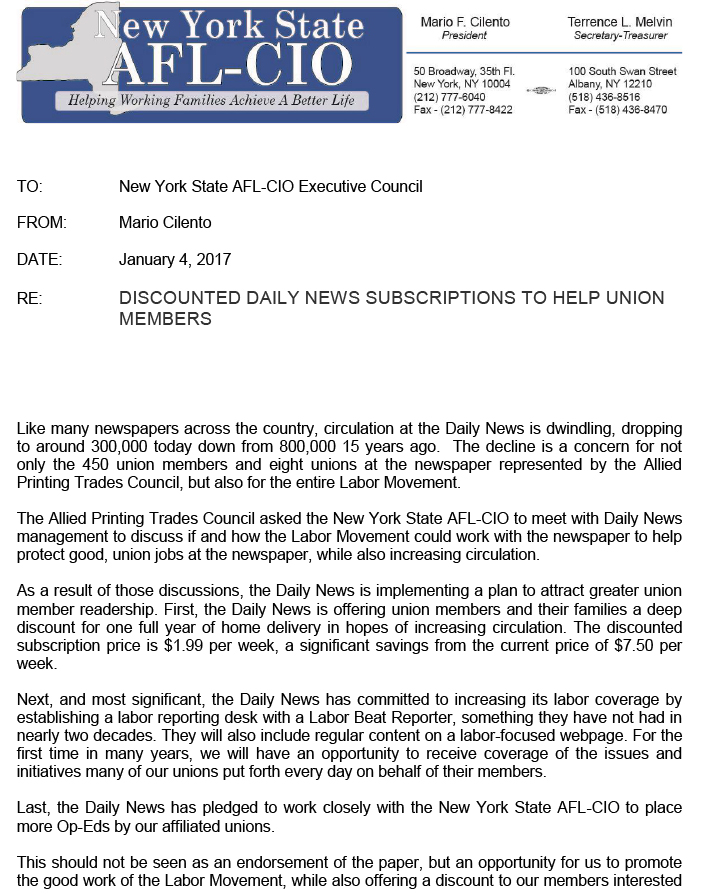 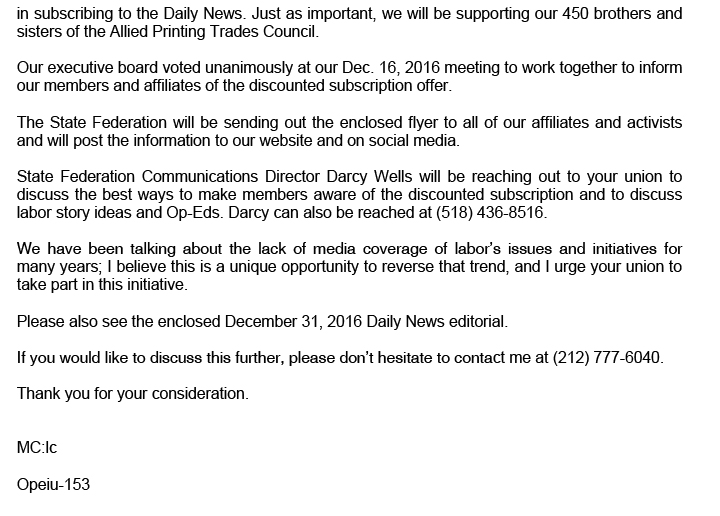 Please note that July’s date has been moved from the 10th of July 2017 to the 24th due to Union Contract negotiation obligations.

The 2017 General Membership meeting dates have been updated please click here to see all the upcoming dates.

It is with deep regret that we announce the passing of Brother Bernard Sweeney on January 10, 2017. Bernie was a long-time member of Local 1212, serving as a union representative for many years. His guidance and camaraderie will truly be missed. God Bless Bernie Sweeney. 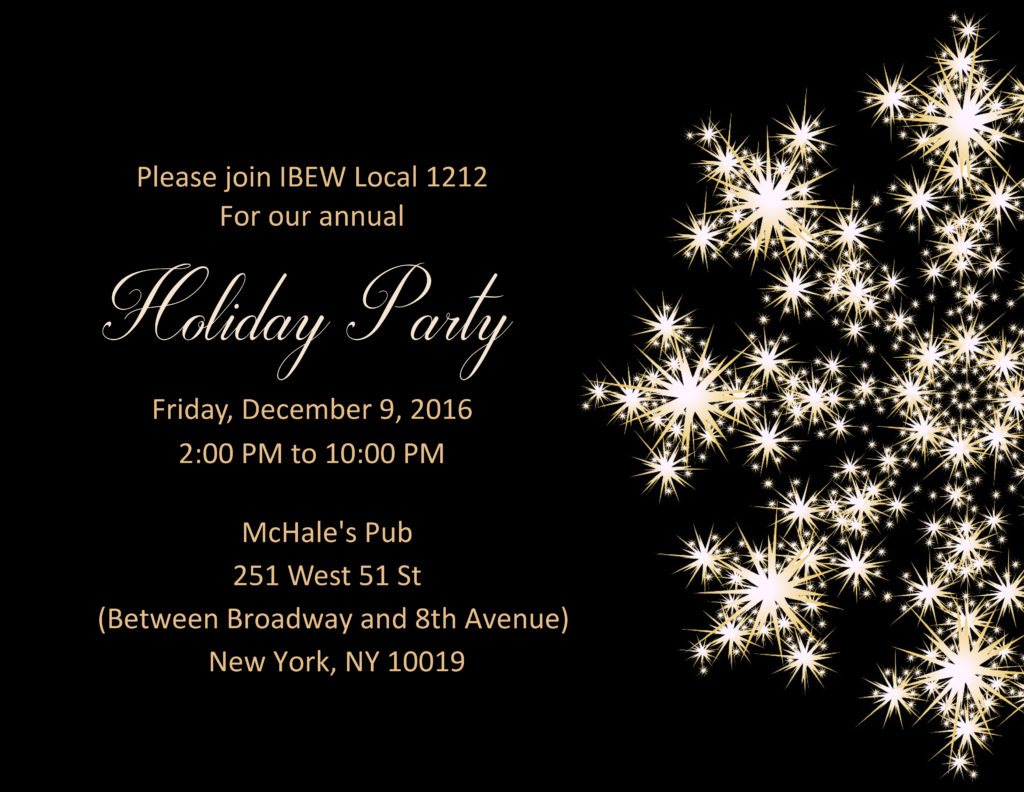 I look forward to seeing you there! 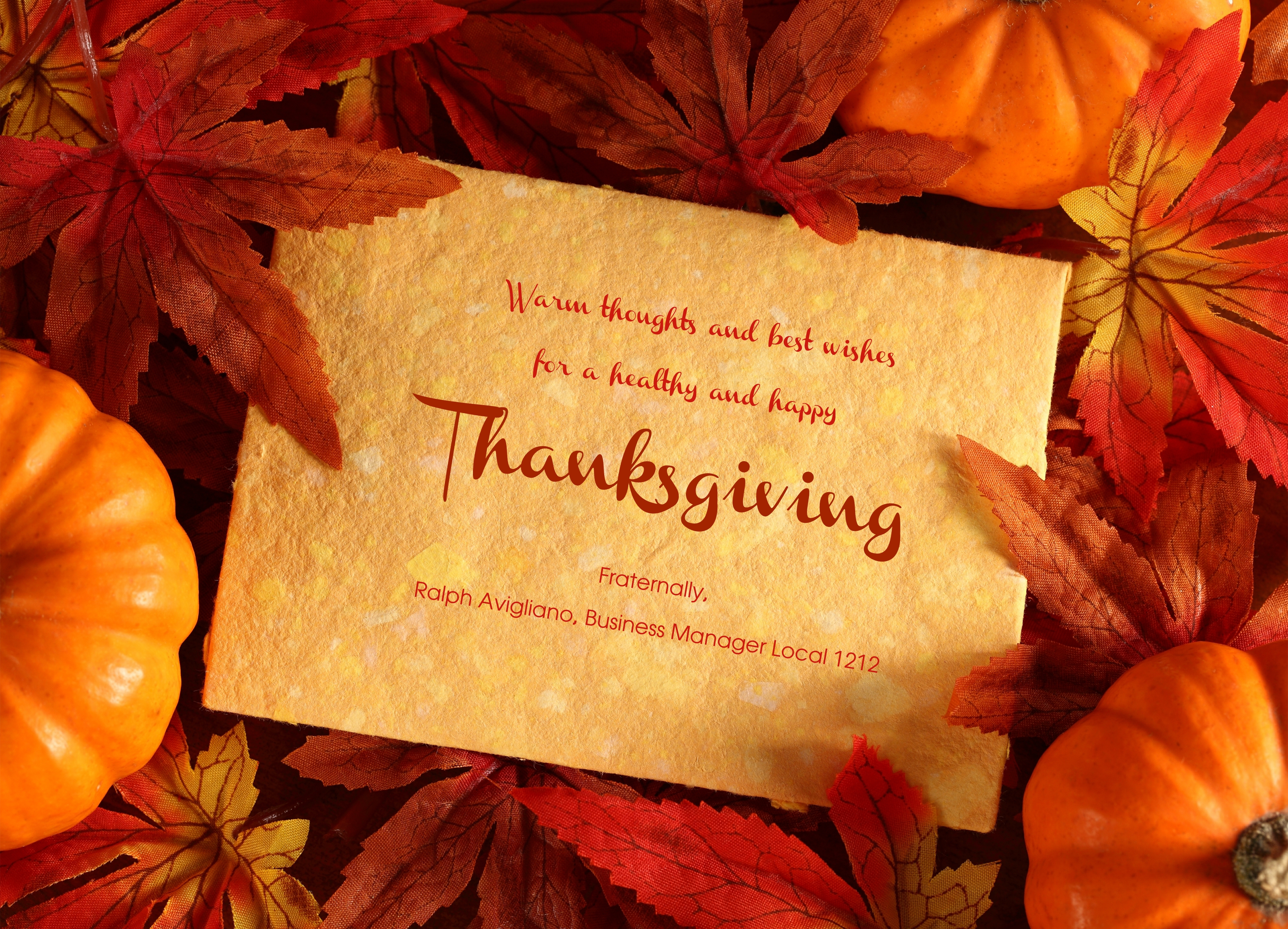 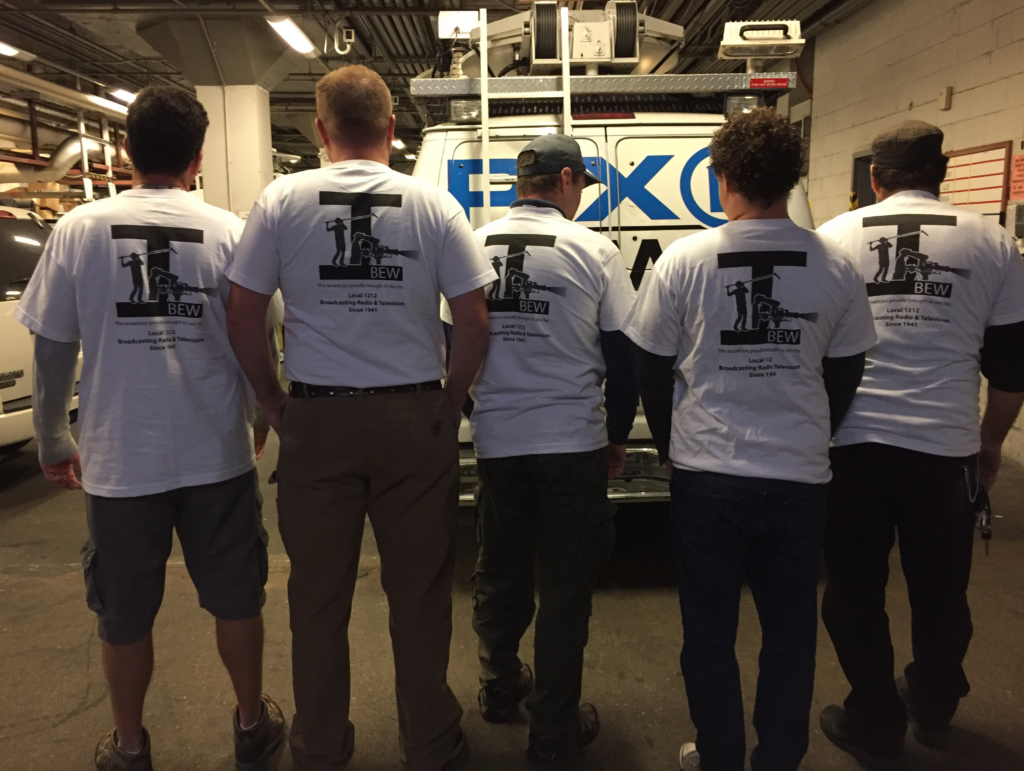 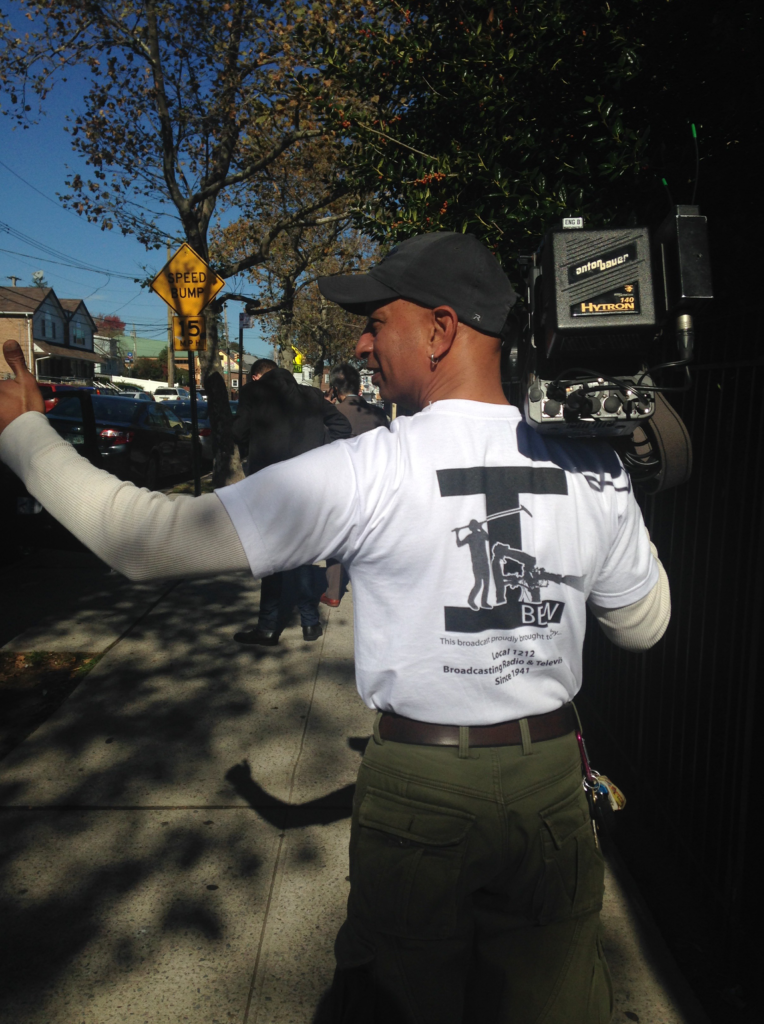 WPIX Shashi Sharma getting ready for the elections. 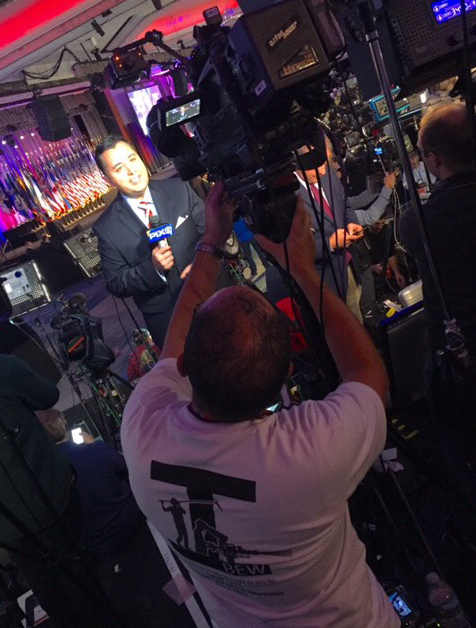 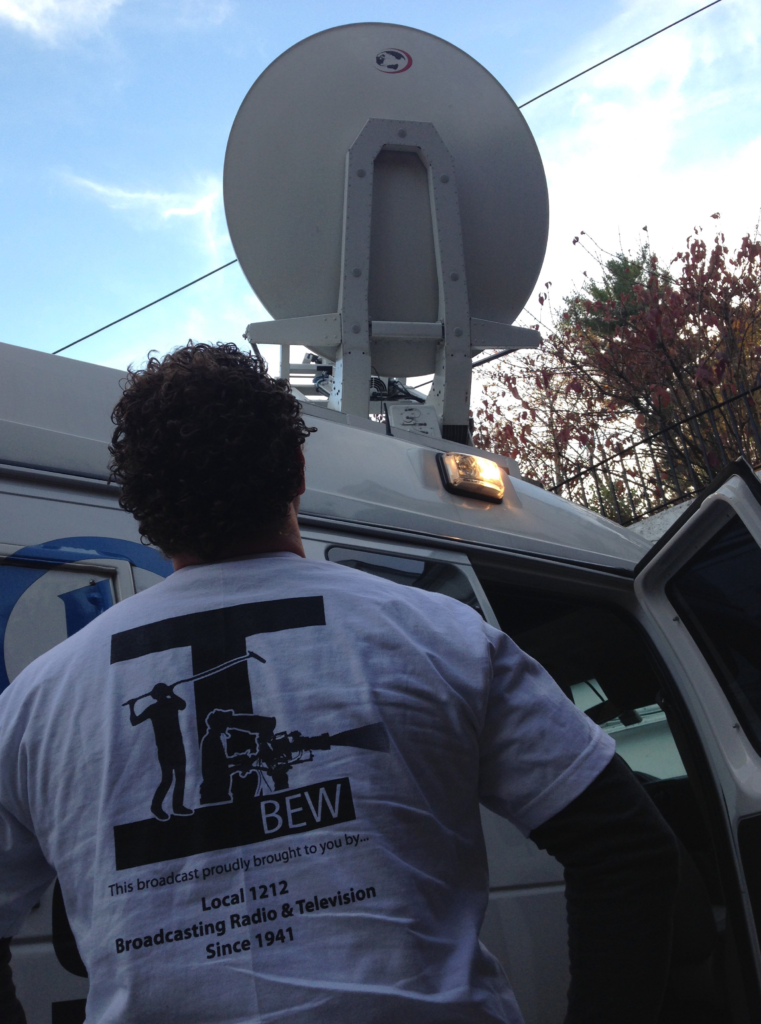 Rudy Buccianti styling the IBEW T-shirt and setting up. 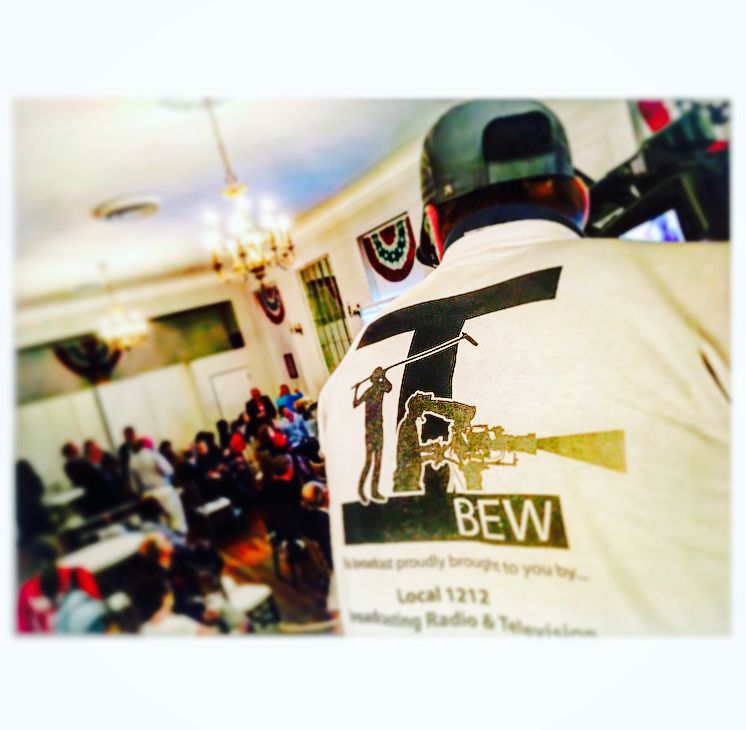 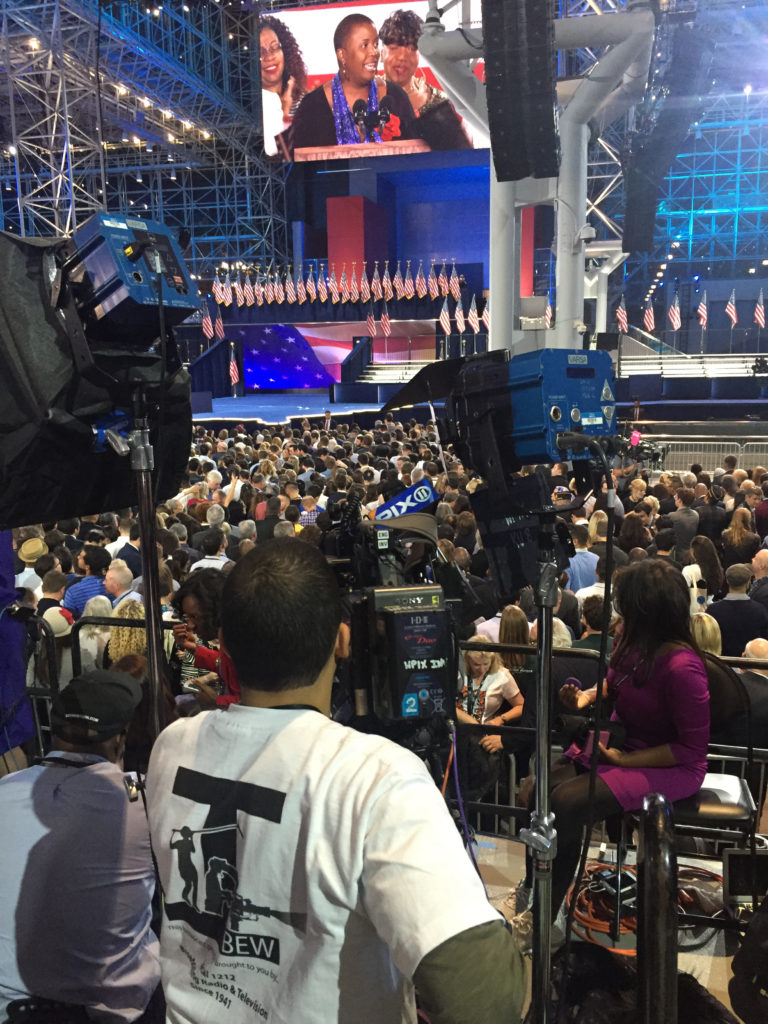 Click the link below and scroll to the bottom to see some photos of the chosen delegates attending the 39th Annual IBEW Convention in St. Louis, MO.